The conversation about lack of diversity in the fashion world is long overdue. But in the last nine months, kickstarted by the killing of George Floyd, the dialogue has finally reached a place where companies seem to be listening, and more than that, vowing to change. In terms of retail and consumer behavior, that means a call to dismantle the inequities that exist in everything from hiring practices to casting ad campaigns and creating shelf space. As brands share their plans of action, the bulk of the work seems to fall on the (relatively) newly formed role of Chief Diversity and Inclusion (D&I) Officer. Considering that racism is prevalent across the industry, the loaded title begs the question: what exactly does a D&I officer do?

With corporate entities in the hot seat amid calls for more diversity, roles centric to diversity and inclusion efforts may feel fresh to some, but … Read the rest

Meet Orphéon, the latest fragrance release from Diptyque. Launched on March 15, the eau de parfum is inspired by jazz clubs in Paris in the early 1960s. Notes of juniper berry, cedar, tonka bean and jasmine come together to create something that’s warm, joyful and celebratory. And isn’t that what we could all use right about now? Its name, Orphéon, was one of the bars where the three founders of the nearby Diptyque boutique liked to meet for a drink.

Mane Addicts, the hair trends brand founded by celebrity stylist Jen Atkin, has teamed up with Dyson to celebrate salon heroes impacted by the … Read the rest

Imagine finding the perfect pair of jeans and falling in love for the rest of your life? That was me when I discovered these Agolde Pinch Waist High Rise Kick Jeans ($178) two years ago. Yes, I’m being dramatic because I spent months looking for the one, and when I slipped into these Agolde jeans, it was quite literally love at first fit.

I could immediately tell they were high quality.

I could immediately tell they were high quality. The nonstretch denim and waist buttons provide some structure without restricting my movements, and the fabric doesn’t itch or fade over time. Everything from the high-waist fit to the ankle length is designed with style in mind. I have since acquired many other pairs from Agolde, and I haven’t felt the need to experiment with more brands. My favorite way to wear them is with a fitted square-neck top and open-toe … Read the rest

This article was originally published in June 2019.

Do you ever rest your head at night, toss back and forth under the covers, and think: “I have been going to bed every single night since the day I was born. Why is falling asleep still so hard?” At those moments, when counting sheep just won’t cut it, you might consider handing over all the cash in your wallet in exchange for a peaceful snooze. A full night’s rest is one of the pleasures in life that money can’t necessarily buy — though the pursuit of it has the potential to set you back thousands.

Bedtime has become a multi-billion dollar industry. As social media pushes us to achieve ultimate self-care — and as the world around us becomes increasingly chaotic — we’ve retreated to cozy, safe spaces. We surround our beds with lavish candles, Egyptian sheets, REM tracking devices, white-noise … Read the rest

Headbands can be a divisive accessory. On one hand, they’re practical in the sense that they keep your hair out of your face – a godsend in pandemic times – and on the other, they call to mind a certain preppy nostalgia that feels cutesy and, well, borderline basic. Regardless of the latter, I’ve become a newly minted fan of statement headbands. Though I was skeptical at first, I simply cannot deny how seamlessly headbands add polish to any ensemble and, let’s be honest, act as literal saviors on dirty hair days (I see you, updo). If you’ve tried this timeless trend, then you know all too well that there’s just something about a headband that can tie your whole outfit together. Plus, who couldn’t use another easy (and affordable) way to accessorize for Zoom?

In my recent foray into the world of headbands, I’ve tried my fair share of … Read the rest

Kaitlyn Bristowe knows what it’s like to be in situations that would make anyone sweat. Take competing in the finale of Dancing with the Stars with some 60 million people watching (she won the mirrorball trophy, by the way) or dating a couple dozen men on national television as you search for a potential life partner as The Bachelorette. The Alberta-born Bristowe, who is returning to Bachelor nation as co-host of the upcoming seasons of The Bachelorette alongside fellow alum, Tayshia Adams, has been in some high-stress public scenarios. And yet, the host of the popular Off the Vine podcast decided to make the switch to natural deodorant a couple of years ago after crowd-sourcing suggestions about brands to try on Instagram. She says she hasn’t looked back.

Bristowe says her recent partnership with Schmidt’s, a brand beloved for its aluminum-free, Ecocert-certified natural formulas and scents derived from essential … Read the rest

This is just short of being saddled with the stiff upper lip the formal wear has but still a devil may care attitude is the most important thing in this fashion other than the edgy fashion. 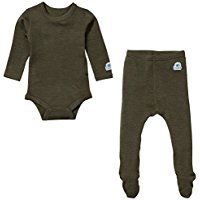 With the cold weather street style seems to have gone out of the window. 500×500 – This awesome woodlands theme tree trunk cushion has vertical bark line patterns sewn all around its sides, beautiful zen circle pattern on both its top and. Mangula was feeling extra generous, as they are offering us two wonderful gifts! This is their Zoe Set Gift which consists of the top, sleeves, and capris each in eBody Curvy, Freya, Hourglass, Legacy, and Maitreya sizing. The top can be worn with or without the poofy sleeves, and the capris fall just below the knee for a fun spring or autumn feeling. blog-va You will realize you … Read the rest

For those who don’t know Chella Man, he is a 22-year-old artist, activist, author, and actor who identifies as Deaf, trans, Jewish, and Chinese. He recently collaborated and executive produced Trans in Trumpland, a four-part docuseries that sheds light on the Trump administration’s harmful effect on the trans community and he has announced his first book, Continuum, to be released in June. The list of what he is working on to push for representation in our country goes on, and you should absolutely be following his endeavors. His latest project comes during National Deaf History Month – a jewelry collection he worked on with genderless, Asian-led brand Private Policy, with designers Siying Qu and Haoran Li at the helm. (This is not Chella Man’s first foray into fashion as he also collaborated with Opening Ceremony on an inclusive clothing line in 2019.)

“Redefining the machinery with my art

Walmart has announced fashion designer Brandon Maxwell will be joining its fashion team as the creative director for the retailer’s exclusive fashion brands Free Assembly and Scoop. Brandon is known for his high-fashion designs that have been worn by everyone from Lady Gaga (he created her famous meat dress!) to Gigi Hadid. He is set to collaborate with Walmart’s teams, from design to production, to develop seasonal men’s, women’s, children’s, and accessories collections for Free Assembly and Scoop.

“Working with Walmart has long been a dream of mine. Like many people across the country who live in a small town, Walmart was the destination for everything where I grew up in Texas, including clothing,” Maxwell said in a press release. “This partnership allows me to bring the experience and joy of fashion to countless people who live in small towns across the country. Everyone deserves to have access to well-designed … Read the rest

This article was originally published in February 2019.

Ever wake up in the middle of the night completely paralyzed but totally cognizant of the fact that you can’t move your limbs? Chances are you’ve experienced sleep paralysis. Here, a breakdown on the ever-so-elusive sleep disorder and what you can do if you have it.

What is sleep paralysis?

Some chalk up sleep paralysis to supernatural causes, or an urban legend dubbed the “night hag.” Well, turns out sleep paralysis is a real thing. It affects approximately 7.6 percent of people worldwide (Kendall Jenner reported experiencing episodes back in 2016), and in Canada alone, it affects “about half of the population at some point in their lives,” says Dr. Brian Murray, head of the division of neurology at Sunnybrook Health Sciences Centre in Toronto.