There has been no shortage of palace intrigue at the world’s largest luxury company. Soon after backing Phoebe Philo’s new venture, LVMH said this week it was acquiring a majority stake in the entity through which Virgil Abloh owns Off-White’s intellectual property.

Farfetch-owned New Guards Group, which founded Off-White with the polymathic creative director in 2014, will continue to operate the hot-but-cooling haute streetwear brand through a licensing agreement, though Abloh said the deal would bring “additional firepower and scale to accelerate our momentum and evolve Off-White into a truly multi-line luxury brand.”

For LVMH, however, the alliance is likely less about Off-White and more about solidifying its link to Abloh, a rare creative talent whose contract as men’s artistic director of Louis Vuitton has an expiry date and who has surely been approached by competitors in Europe and the US.

Abloh is highly unique at LVMH and in the luxury industry at large. “I’m not a designer,” he said back in 2018 soon after his debut show for Vuitton.

Of course, Abloh was a pioneer in bringing streetwear aesthetics to the luxury market, adding an architectural edge along the way. More Hedi Slimane than Raf Simons, he may not have invented the look, though he certainly helped to popularise it.

But Abloh also reinvented the role of a creative director, injecting it with hip-hop’s penchant for sampling and remixing, skateboarding’s sense of community and a desire for social progress just as a new generation of fashion consumers were acquiring greater purchasing power and looking not just for cool-looking clothes, but something to believe in and belong to.

Critically, Abloh has always engaged directly with his followers, making them feel like upstream participants welcome in his world, not just downstream consumers of his vision. His fans didn’t flock to his drops just to shop. They came to hang out. And he offered them not just product but process: “cheat codes” and “trails of information” for how to launch brands of their own. “You can do it too” read the caption under his first Instagram post after his Vuitton debut.

The result was marketing magic: a novel approach to luxury branding that was more open-source than ivory tower, no matter the high price points.

“Ask a kid on the street, the face of the future, about Louis Vuitton, and I guarantee they think of Virgil first,” said Highsnobiety co-founder Jeff Carvalho. “He has changed the rules of how you market product forever. For LVMH, he’s lightning in a bottle.”

Abloh is also a cross-generational figure who understands the youth, but can work with the likes of Louis Vuitton chief Michael Burke, who has called Abloh the Karl Lagerfeld of his time, a multi-tasking creative genius with business savvy and almost superhuman energy.

It’s no surprise LVMH wanted to keep Abloh close beyond his current Vuitton contract. And the group seems to have spotted an opportunity: when New Guards Group sold to Farfetch for $675 million in 2019, Abloh did not see a return, despite having co-founded its most successful brand.

Now, LVMH appears to have found a way to offer Abloh an overdue payday, while tying him to the group long-term, using more or less the same mechanism it used to attract and retain top talents like John Galliano, Marc Jacobs and Jonathan Anderson, each of whom effectively got financial support for their own brands in exchange for longtime service at one of the group’s heritage houses: Galliano at Dior, Jacobs at Vuitton and Anderson at Loewe.

But without a suitable vacancy at a major LVMH brand, it seems Abloh will have another, more horizontal mission, at least for now: “leverage together the group’s expertise to launch new brands and partner with existing ones in a variety of sectors beyond the realm of fashion.”

Abloh has certainly proven that he can bring significant buzz to brands across a wide range of categories, having worked with everyone from Nike and Ikea to Evian and Rimowa, and can surely help to re-energise some of the group’s more stagnant brands, perhaps taking advantage of his rare horizontal role to break down silos and cross-pollinate the portfolio. His background as a DJ on the nightlife circuit could also come in handy with some of the spirits labels.

Launching new brands may be a more difficult task. LVMH has a poor track record with start-ups and it remains to be seen whether the conglomerate can successfully build its own equivalent to New Guards Group. But if anyone can help them do it, it’s Abloh. Not only does he have a strong instinct for making brands sticky. He also has an unparalleled network of next-generation creators and a community full of aspirants, giving the group a de facto talent pipeline.

Of course, Off-White’s agreement with New Guards Group runs through 2035 but can be renegotiated or terminated in 2026, at which point LVMH may choose to take on the operation of the label, too, embedding it at the core of the brand accelerator that Abloh seems set to build.

THE NEWS IN BRIEF

FASHION, BUSINESS AND THE ECONOMY

Ermenegildo Zegna is set to go public by combining with a New York-listed special purpose acquisition company (SPAC) in a deal that values the Italian luxury company at $3.2 billion. Ermenegildo Zegna.

Ermenegildo Zegna is going public. The Italian menswear brand is raising $880 million by merging with a New York-listed SPAC. The funds will give the luxury firm greater financial firepower to help it bounce back from a bruising pandemic year and fend off competitors.

L Catterton to take majority stake in Etro. The LVMH-backed fund is reportedly acquiring a 60 percent stake of the Italian fashion company in a deal that values it at €500 million ($590 million). Etro said in a statement that the Etro family would retain “a significant minority interest” in the company. It did not go into specifics and gave no financial details.

Rent the Runway confidentially files for US IPO. The online clothing rental firm is looking to cash in on the booming rental and secondhand apparel market, which has generated a flurry of listings in the last year. The company said the number of shares on offer and the target price range has not yet been determined. Last year the company raised funds at a valuation of $750 million.

Kite to buy Retail Properties of America in $2.79 billion deal. The combined firm will own a portfolio of 185 open-air shopping centres with about 32 million square feet of leasable space, making it one of the biggest US shopping centre owners.

As Covid crisis escalates, Nike could run out of Vietnamese sneakers. Last week, two of Nike’s suppliers in Vietnam — Chang Shin Vietnam Co. Ltd. and Pou Chen Corp. — halted manufacturing because of a worsening Covid-19 outbreak. The crisis could create lasting supply chain disruptions for the sportswear giant, according to an S&P Global report based on Panjiva data.

Les Wexner owns less than 2 percent of L Brands after selling spree. The billionaire founder has almost completely severed his ties with the Victoria’s Secret and Bath & Body Works parent after completing the sale of about $2.2 billion shares this week, according to a regulatory filing Monday. The sale takes his total disposals this year to about $2.7 billion. L Brands shares have soared more than 700 percent after hitting a five-year low in 2020 in the wake of the pandemic.

THE BUSINESS OF BEAUTY 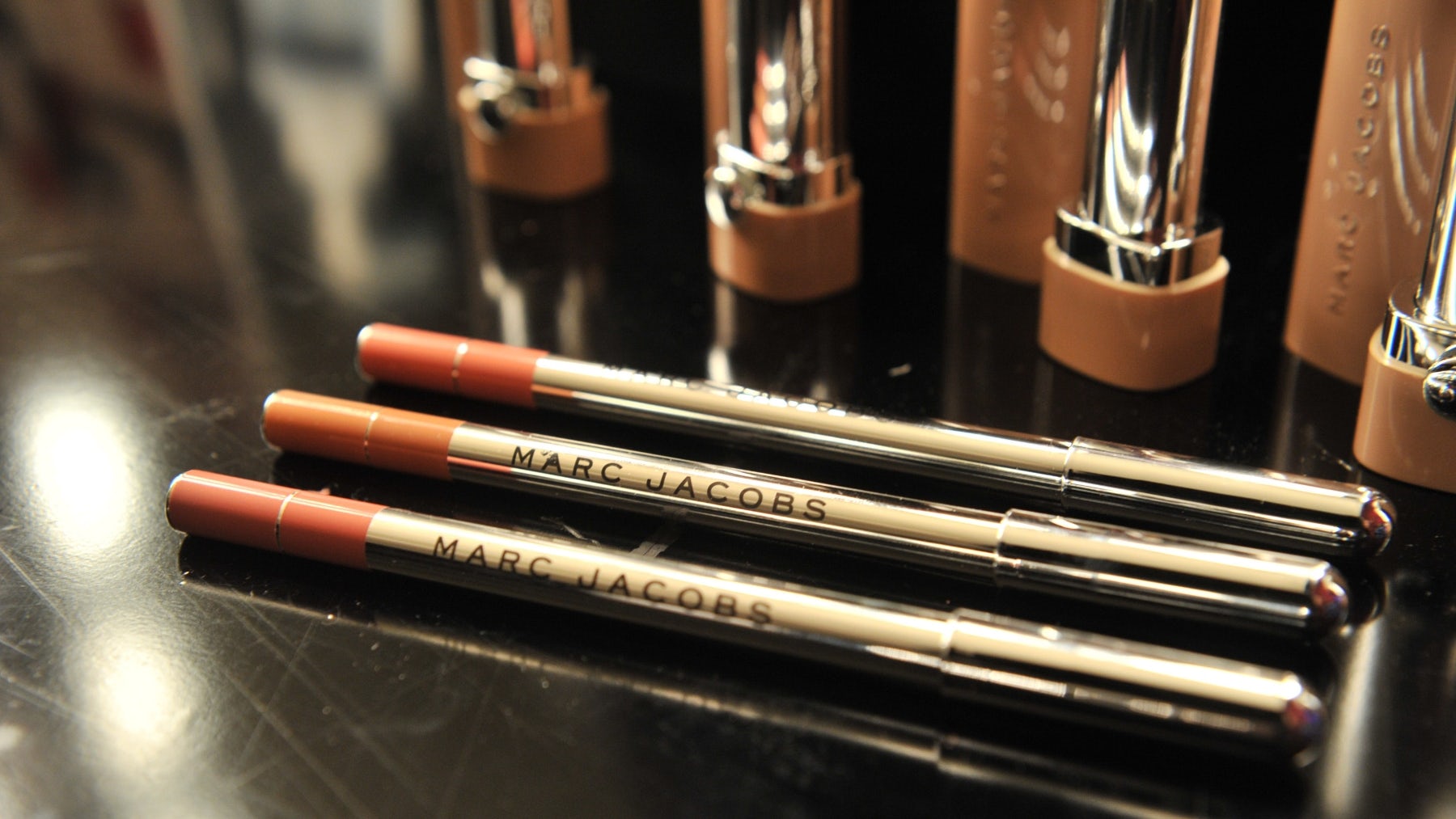 Marc Jacobs Beauty is exploring opportunities with a new partner as its licensing agreement with LVMH’s Kendo comes to an end. Getty Images.

Marc Jacobs beauty looks beyond LVMH’s Kendo. The beauty brand’s licensing agreement with the manufacturer ends later this year, fuelling speculation about what’s next for the label. A spokesperson said the brand is “exploring opportunities with a new partner,” amid social media speculation that the line was being discontinued or reformulated to be vegan and cruelty-free

Bath & Body Works sees future in skin care after L Brands split. The chain is exploring an expansion in skin and hair products, as well as a potential broadening of its natural and organic product offering, L Brands chief executive Andrew Meslow told investors this week. Vogue Italia editor Emanuele Farneti exits amid Condé Nast consolidation. Franca Sozzani’s successor announced on Thursday that he will step down from the fashion title after finishing the September issue. His departure follows that of many of his Vogue and GQ editor-in-chief counterparts, including leaders in Germany, Spain and India, as well as the exit of Condé Nast Italia editorial director Luca Dini last autumn.

Brands distance themselves from pop star Kris Wu following sexual assault allegations. Louis Vuitton announced on Weibo it was suspending its relationship with the star, while other brands cut ties with the celebrity. Beauty brands, including Lancôme and Kiehl’s, removed mentions of the Chinese-Canadian singer from their social media pages.

Will Beedle departs AllSaints after 18 years. Beedle, who held the role of chief creative director at AllSaints for a decade, is leaving the British fashion retailer to focus on Shoreditch Ski Club, the sustainability-centred winter clothing brand he launched in 2018. In addition to overseeing design, Beedle also introduced accessories and fragrances during his time at AllSaints. 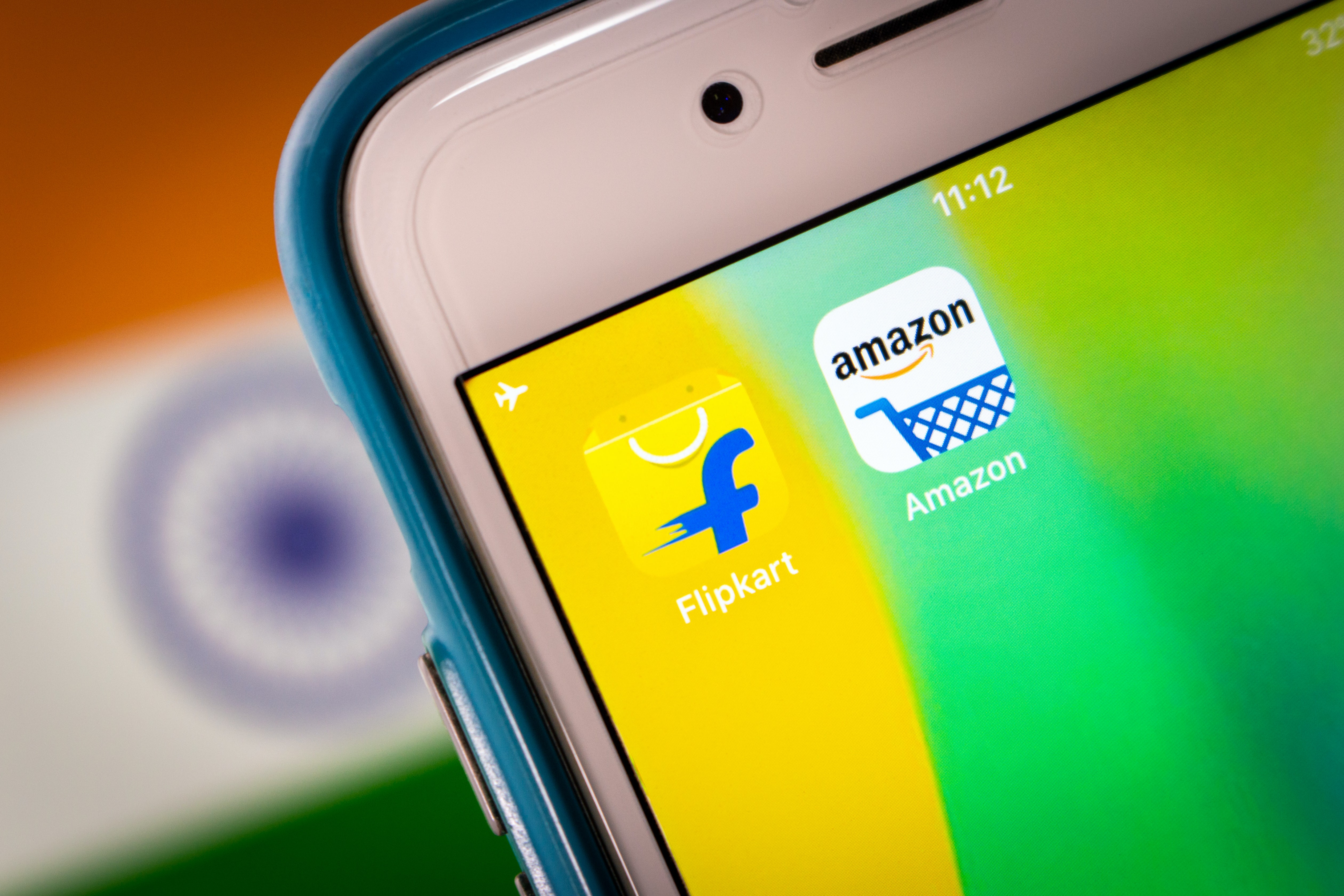 Amazon and Flipkart’s bids to stall Indian antitrust probe have been dismissed. Shutterstock.

Indian court dismisses Amazon and Walmart-owned Flipkart’s bid to stall antitrust probe. The American e-commerce firms sought to put off a Competition Commission of India (CCI) investigation into their business practices after allegations from local brick-and-mortar retailers that they stifle competition by promoting select sellers on their platforms.

Snapchat Partners with Verishop on in-app shopping. “Verishop Mini” will offer products from a variety of brands, including Ganni, Labucq, Kosas and more, in what the messaging app is calling a “socially-driven e-commerce experience.” Snap is focused on driving online shopping through its platform, with a focus on augmented reality to engage shoppers.

Australian regulator to probe Amazon, Ebay among online markets. The Australian antitrust regulator — which has previously placed the world’s toughest content licensing rules on Facebook and Google — on Thursday began an inquiry into the local units of the American e-commerce companies and other online markets to ensure fairness in a sector where sales have soared through the coronavirus pandemic.

Xiaohongshu halts US IPO after China curbs. The Chinese social media company, backed by Tencent Holdings Ltd. and Alibaba Group Holding Ltd., is discussing alternatives with advisors — including a listing in Hong Kong, Bloomberg reports, citing people with knowledge of the matter. Listing in the US would mean the company would likely be subject to a cybersecurity review under Beijing’s proposed policy.

Sat Aug 7 , 2021
The rectangular flap bags in either small size or big size will certainly be your favorite accessory to show off around. Now they are back with a bang and it is hard not to fall for them all over. base fashion discount code 2018 If you’ve ever wondered if designer […]